Creating a Corporate Spinout: A Digital Platform Startup within an Management Company

Founder Stina Trojlsgaard shares her insights in the challenges (and rewards) of creating a spin-off from within the confines of a management consultancy — or in other words how to go from a business model based on individual knowledge and experience to a digital platform with digital logic!

The following insights are based on an interview with
Go Grow Batch 2 participant Stina Trolsgaard. The
insights are from the point of view from an established
company, entering the world of entrepreneurial
thinking, demonstrating how an existing company
can benefit from a startup setting.
From Idea to Business, an Overview
The Danish based consultancy company, ‘LivingValue’,
was established in 2004 by Stina Trojlsgaard after
observing and investigating a correlation between
employees’ stress leave and the notion of trust. Incorporating
trust in an organization was a main contributor
to satisfied employees and a reduction in the
stress felt in a working environment.
Stina collaborated with Roskilde University (RUC),
regarding further trust-based management research.
In 2009, Torben Vang joined as a partner in LivingValue
and in 2011 they met Lean Management expert
Kurt Hansen at a US conference, and, over a drink on
a beach they decided to merge, forming ‘LivingLean’
in 2012. The founders identified a blindspot in the Lean
Management method, spurring them to create the
concept Trustbased Lean. The concept mixes the soft
values from the Trustbased Leadership principle, such
as employee involvement, and the hard values from
Lean Management, such as process optimization.
LivingLean has already incorporated the Trustbased
Lean approach with successful outcomes in larger
corporations such as the construction company NCC.
When the team introduced their measurement tool
“Potential Measurement” to customers they reacted
overwhelmingly positive, and thus, LivingLean saw
that there was a basis to develop their tool even further.
Case study Lacuro
C Preparing to Grow and Scale
In 2014, Stina met a Go Grow ambassador at an
entrepreneurial fair. Intrigued she meets with the Go
Grow team who convince her to apply for the Go Grow
Programme with an idea for a new project within the
existing company, a corporate spinout. Stina and her
colleague, Ronnie Hansen, enter the Programme in
the fall of 2014. During the initial pre-selection interviews,
the idea evolved into creating the tool as an
online platform; ‘Lacuro’. Lacuro’s primary tool, Potential
Measurement, gives companies the opportunity to
measure what potential there is for improving productivity
within the organization. It does so by surveying
the ones who knows about the day to day issues
that requires focus, namely the employees. Using
the survey data, it quantifies the employees’ opinions
in order to isolate key areas for the management to
focus effort and investments. The new project was
a digital way of offering the company’s consultancy
knowledge and, thereby, being able to introduce their
product to new customer groups outside of Denmark.
The Acceleration Process and Go Grow Experience
“We had not been able to develop Lacuro this fast, if it had
not been for Go Grow and viewing the whole project as a
startup” – Stina. During Go Grow, Stina and the team were
introduced to a set of entrepreneurial tools and methods,
for them to develop and think as a startup. Using the
Lean Startup Method and Business Model Canvas tool
fostered a more iterative approach and allowed the team
to think strategically about their project. “[Being part of Go
Grow] forced us to commit, make decisions, create results,
showing up prepared, evaluating our progress and most
importantly; it obligated us to narrow down our decisions
and becoming more specific. Faster!” – Stina
LivingLean already had an office located north of
Copenhagen but in the initial phase, Stina and Ronnie
spent some time being physically present at CSE to
get to know the other participants.
“I thought the environment [between the teams] would
be more competitive but actually the atmosphere was
very positive and helpful. People would help or assist
in any way they could. It was a great foundation and
space for network.” – Stina
Lacuro became part of the tech cluster in the Go
Grow setting and participated in workshops together
with other tech projects. Stina and the team were new
to the technical side of building a website, the tech
terms and the project management of a platform.
Stina and the team benefited greatly from the knowledge
and relations given by the Go Grow team, but
also from the other participants in their cluster.
“I learned so much about being a tech company. I
learned about backend and frontend development! …If
we had not been part of the Go Grow Program we could
have made some major errors – like underestimating
what a tech development requires. But getting the support
we acknowledged this and found a solution that
was good for us.” – Stina
Stina found the specialized knowledge within Go
Grow beneficial to the outcome of the project. The
organizers had the contacts, network and knowledge
about starting a project in an entrepreneurial setting.
“I felt very grateful and amazed at all the Go Grow
programme had to offer. And all of it for free! I have
been used to pay a lot of money for courses, speakers
and education in general. The program had a high
level of expertise and skill from the people behind the
programme to the people we met; mentors, investors,
speakers.” – Stina
Post Go Grow activities and future perspectives
In the months following Go Grow, the company joined
forces with a backend provider for the platform, a
company called Voxmeter (former Catinet), who
ended up becoming a partner in the project. Lacuro is
thus divided into the frontend development, created
by an in-house team at LivingLean, while the backend
is hosted by Voxmeter who is a market leader in data
acquisition and big data analysis.The Lacuro site went
live in April 2016 and is initially launched as a Danish
platform.The future of Lacuro is to scale across borders
targeting those who are interested in the Danish
culture and work model. Stina is still reaping the benefits
of their participation in the Go Grow programme,
“I am still in contact with one of our mentors. It drives
you that you still have to show up and perform and
deliver whenever you meet him.” – Stina 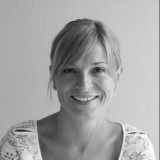